Planning a BBQ this weekend? Most of us are savvy enough to avoid food poisoning, but are we aware of the dangers of carbon monoxide poisoning?

Barbecue season is upon us, but did you realise that you could be at risk of carbon monoxide poisoning?

Research by the Gas Safe Register has found that 80 per cent of people are unaware they are at danger of carbon monoxide (CO) poisoning while having a barbecue.

This is something that needs highlighting as about half of the country will have five barbecues this summer.

CO gas is released during a barbecue when a carbon-based fuel, such as gas or charcoal, isn’t given enough ventilation to burn adequately.

CO poisoning is known as the silent killer because it is a colourless, odourless and tasteless poisonous gas - so you can’t see it, taste it or smell it!

When CO enters the body, it prevents the blood from bringing oxygen to cells, tissues, and organs. CO can kill quickly without warning or cause serious harm to health if breathed in over a long period of time. In extreme cases paralysis and brain damage can be caused as a result of prolonged exposure to CO.

Symptoms of CO poisoning to be aware of include breathlessness, headaches, nausea, dizziness, collapse and the loss of consciousness.

The side-effects of exposure to low levels of carbon monoxide are not always obvious and can be similar to those of food poisoning and flu.

General published advice to reduce the dangers of CO poisoning whilst barbecuing includes never using a barbecue indoors or inside a tent or other structures and areas where there isn’t sufficient ventilation.

Simply, never bring a barbecue inside - even when the barbecue appears to have burnt out!
More than 200 people go to hospital in the UK each year with suspected CO poisoning, which leads to around 50 deaths.

Gas, oil and solid fuel burning boilers and appliances also produce carbon monoxide. Therefore you should safeguard against CO poisoning with regular servicing and maintenance checks.  It is also recommended to have a CO detector in every room where a gas, oil or solid wood burning boiler, fire or stove is situated.

If you are concerned over CO fumes, you can source a qualified plumbing and heating engineer at www.FindAQualityPlumber.co.uk who can investigate the presence of fumes and inspect your appliances.

The Association of Plumbing & Heating Contractors have published a guide to ‘Understanding the dangers of Carbon Monoxide’.
Posted by APHC at 11:59 No comments:

16.5% of people are unhappy at work due to the condition of their employer’s toilets

We have recently conducted a research project which found that 16.5% of people are unhappy at work due to the condition of their employer’s toilets. Whilst on the surface this may seem like a trivial matter, employers have a legal requirement to adhere to.

The research has revealed alarming insights into the negative impact that the state of workplace toilets are having on workers.

We distributed a press release to the national media detailing our findings and recommending for employers to use an APHC member via www.FindAQualityPlumber.co.uk to source a qualified plumber. 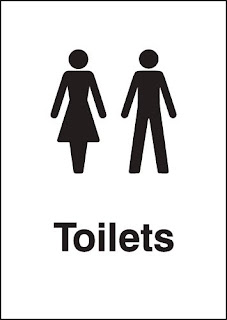 London seemingly has the worst workplace toilets with 50.9% of workers surveyed believing they need to be better maintained and require refurbishing.

Most alarmingly, 16.5% of workers stated that the current condition of their workplace toilets negatively impacts their happiness at work.  This figure rises to 20% in Wales and to 20.9% in the South-East of England.

John Thompson, Chief Executive of APHC, commented: “There are too many employers who are seemingly neglecting the up-keep and maintenance of their toilet facilities.  Employers have a legal requirement to adhere to. The Health & Safety Executive state that where it is reasonably practicable, employers have to provide adequate toilet and washing facilities for employees.  In 2010, a businessman was fined £30,000 because he failed to ensure that his premises were equipped with clean and functioning toilet and welfare facilities.

“However, over and above all legal requirements, employers have a moral duty to provide clean, safe and well maintained toilet facilities.

“From a commercial point of view, investment in employee well-being is crucial for a business in order to be successful, as an unhappy workforce can cost employers dearly in reduced productivity, low quality levels, increased sick-leave and in staff turnover with the recruitment and training of new members of staff.”

Specific responses from the survey about the poor state of workplace toilets included there being bad smells, cracked tiles, broken toilet seats, toilet bowls, sinks and taps, poorly flushing toilets and tired and dirty decor.
Posted by APHC at 15:41 1 comment: