Make the right call if your heating breaks down this winter

We all rely on our boilers in winter for heat and hot water and waking up to a cold shower is not the best start to the day. To avoid the day getting worse by using a rogue trader always ensure you have a plan in place in the event of needing to call out a plumber, especially in the coming weeks.

Plumbers are in high demand during the winter season and finding a reputable plumber at short notice can be challenging. To avoid frantic calling around and trusting unreliable website searches take some time to prepare emergency contact numbers; it’s easy to sigh with relief when the first plumber called is available, but if you choose an unqualified tradesman it could leave to more problems and unexpected costs.

If you don’t have a trusted plumber to call upon here’s some advice on how to find reputable and qualified traders.
Employing a member of a trade organisation also has the additional security of codes of conduct to protect both the customer and tradespeople and often have schemes, which can help to resolve problems.

It’s also not too late to arrange a boiler service to prevent a breakdown in the first place and keep your heating system well maintained. To find a local qualified and reputable heating engineer you can use our search facility at www.FindAQualityPlumber.co.uk. The online database allows you to search via a number of criteria including postcode, town or by specific business name.

As well as offering high levels of customer service and workmanship as standard, our members are fully vetted with their work checked annually to uphold high standards of workmanship.

We also have a series of free, impartial consumer guides to provide background information on a host of plumbing and heating topics. The guides range from advice on how to select and employ the right plumber or heating engineer, preparing for cold weather, dealing with emergencies and guides to conventional heating systems. In addition, new technologies are also demystified with information on solar thermal hot water and biomass boilers.
Posted by APHC at 12:59 No comments:

With an almost unlimited choice of fruit-scented shower gels and creams available on the supermarket shelf, it can be all too easy to take for granted the availability of affordable products for keeping ourselves clean, but for many people around the world, soap is viewed as a luxury item which plays a key role in staving off serious illnesses and even saving lives. It was this urgent need to make safe hygiene products accessible to some of the world's poorest people that inspired an American student to develop an ingenious new way of recycling leftover soap.

American University student Samir Lakhani was spending his summer building fish ponds in a Cambodian village when he spotted a local woman washing her child with detergent - a harsh chemical which can damage skin, cause itchy eyes and even induce vomiting. Concerned, he set about thinking of a way that he could get his hands on large quantities of soap for free. It soon occurred to him that Siem Reap's hundreds of guesthouses and hotels, used by over 2 million tourists visiting the ancient Angkor Temples were disposing of huge amounts of soap each year and after persuading them to pass over their leftover soap, he came up with a way of recycling the discarded pieces of soap into a new bar of "eco soap". He also succeeded in recruiting a group of local students to help with the process of soap production.

Once back at University, Lakhani began raising money for his new venture and even managed to gain sponsorship from some major hotel chains to enable him to pay his soap makers. Employing 30 staff in 3 hubs across Cambodia, the Eco Soap Bank now collects soap from 170 hotels, and has supplied 650,000 with a way of getting clean. As well as being sold by local women, providing much-needed jobs, the soap is also given out free in schools, with "hygiene ambassadors" trained to demonstrate to children how to wash their hands properly.

In many parts of Cambodia, soap is viewed as a luxury, with detergent, ash or oil used as alternatives. With diarrhoea the country's third largest killer, inadequate hand washing can also lead to illnesses including parasites and lung infections. In this way, access to soap can make a huge difference to people's lives, with one statistic suggesting that proper hand washing can reduce instances of diarrhoea by 40-60%.

The next time you're lathering up in the shower, you might want to spare a thought for those struggling to stay clean and healthy around the world - perhaps you could also make a difference. To find a quality plumber in your local area, simply search using your postcode on the APHC website at http://www.aphc.co.uk/find_an_installer.asp.
Posted by APHC at 10:12 No comments:

From recycling to getting solar panels installed on the roof of our home, we're always being told ways we can reduce our environmental impact in order to protect our planet for future generations, however, one area you may not have thought about is the effect your oil tank may be having on local ecosystems. As well as helping to protect the wildlife in watercourses around your home and garden, taking care to check your oil tank over the winter months ahead could also help to guard you against potentially significant financial losses, so it really does make sense to follow our simple steps to prevent oil tank pollution.

A threat to water wildlife
When leaked from a tank, oil quickly enters the watercourse, moving from drains directly into rivers, streams, lakes and garden ponds. While you may think that a minor leak couldn't cause much damage, in reality even a small amount of oil can have a catastrophic effect on wildlife, poisoning fish and other creatures and smothering plants. In fact, just 2 litres of oil could seriously pollute the volume of fresh water needed to fill an Olympic swimming pool!

Costly clean-ups
In addition to the damage they can cause to the environment, oil leaks can also be very costly, both in terms of the oil lost and the high clean up costs involved which all too often are not covered by household insurance policies.

Top oil tank tips
To ensure your oil tank is safe to use and avoid the financial and environmental costs of oil leaks, always be sure to follow the below checklist:

For work or advice on your oil tank, simply search for a quality plumber in your local area via the APHC website at http://www.aphc.co.uk/find_an_installer.asp. 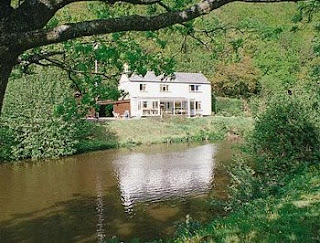 When it's snowing outside, you wouldn't leave the house without putting on a coat to protect you from the cold, but it may not have occurred to you that the same principle applies to your home's pipework. As well as being incredibly inconvenient, frozen pipes can also cause serious damage to your property, so it makes sense to follow a few simple steps in order to prepare your plumbing system for the cold winter weather.

Wherever you have exposed/uninsulated water pipes running through an area of your home which isn't insulated, you're at risk of the water inside the pipes freezing. This can include the pipework inside your home when you switch off your central heating due to going on holiday as well as pipes running through garages, lofts and roof spaces, under suspended wooden floors on the ground floor, cellars and outbuildings. The types of pipework susceptible to freezing are varied, including pipes belonging to central heating systems, the hot and cold water pipework to the taps on your basins, baths, showers, WCs, sinks or boiler condensate pipes.

How to stop pipes from freezing

The best method of preventing against frozen pipes is to ensure first of all that your pipes don't run through an unheated area, however, this won't always be possible. If you're going away for a short period, consider leaving your heating system on a timed function and set it to the lowest temperature on the thermostat. For longer periods, remember to drain down the water from your property's various systems. A quality plumber will be able to do this for you and can meet you on your return to fill the systems again. Pipe insulation will help to slow down the rate of freezing but won't prevent it alone.

These work by measuring and sending the temperature of the air around your boiler back to a controller to turn on the boiler at low temperatures, however, it offers no protection to hot and cold water pipes.

This involves an electrical cable attached to a pipe, which is then wired to a transformer and attached to the electrical supply. The pipe and cable are then covered in pipe insulation and the cable is turned on and off by an external frost thermostat, normally when the temperature falls below 2.5 - 3˚C. This process is basically the equivalent of placing a pipe in its own mini electric blanket so that it's warm enough not to freeze but not warm enough to heat water above 2.5˚C.

Condensing boilers can produce about 1 litre of condensate water in an hour. Should condensate pipes freeze, it can cause significant problems for your boiler as well as severely damaging your appliance. There are several methods of preventing your condensate pipes from freezing:


- Fit a high grade of pipe insulation to the pipes


- As a last measure, you may want to fit trace heating to the pipes
If your condensing boiler has stopped working and the outside temperature has dropped below 0˚C then there's a chance your condensate pipe may be frozen, meaning you should call a Gas Safe Registered engineer.


Protecting your pipes from damaging winter weather will involve some expenses initially, however, the money you could save in the long run certainly makes investing in pipe protection worthwhile. Search for a quality plumber or gas engineer in your local area via the APHC website at http://www.aphc.co.uk/find_an_installer.asp.