A change of tack: a shift in the UK's energy policy

Government’s announcement yesterday that they plan to introduce a dedicated planning process for the fast-tracking of shale gas planning applications supports the shift in the UK’s energy policy indicated by this year’s Energy Bill. The Bill, which formed part of the first ever Conservative majority Queen's Speech, placed an emphasis on ensuring the supply of energy to families and businesses over reducing carbon emissions.

The announcement follows a series of controversial measures from Chancellor George Osborne including the scrapping of subsidies for onshore wind farms and commercial solar (the two cheapest forms of clean energy), the slashing of the energy efficiency budget and ending of the tax break for clean cars, prompting environmental organisation Friends of the Earth to accuse Mr Osborne of “sticking up two fingers” to nations at the French climate summit. Mr Osborne's other moves were abolishing rules on zero carbon housing, lowering taxes on polluting firms and introducing a tax on clean energy. On the other hand, figures such as the Climate Blogger Andrew Montford have welcomed the Government's policy changes, stating "This rare glimpse of energy policy sanity in Westminster should be followed by a long hard look at serious low-carbon solutions like modular nuclear reactors."


In a recent speech on Climate Change, the Energy Secretary carefully defended Mr Osborne’s decisions on an economic basis, arguing “We have to control public subsidies, taking tough decisions on what schemes and projects are supported.” She also spoke of the need to remain aware of the financial impact of decarbonisation on both households and businesses, arguing that shale gas offers a means of keeping energy bills affordable whilst supporting the UK’s aim of “decarbonising at the least cost”. Ms Rudd has insisted that the development of shale gas can provide a bridge while we develop renewable energy, as part of the long-term effort to combat climate change:“The Government remains fully committed to the development and deployment of renewable technologies for heat and electricity generation and to driving up energy efficiency, but we need gas – the cleanest of all fossil fuels – to support our climate change target by providing flexibility while we do that and help us to reduce the use of high carbon coal.”
Other advantages of shale gas development quoted by the Secretary include increased energy security, the creation of jobs and economic growth.
Will the Government's shift away renewable technologies in favour of homegrown energy supplies such as shale gas prove to be for the better? For now, the jury is out on that question. However, what must continue to be a focus for the Government regardless of their other policies is the need to reach a decisive global climate change target, both in the run up to the Paris Climate Summit in December and beyond. 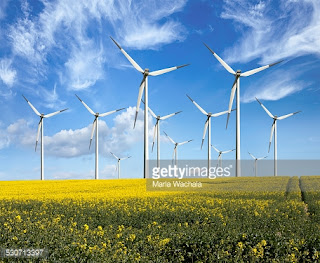